Memories made of glass

Collective or historical remembrance is often cited as if it were a single thing: as if there were a daily ledger in which a wholly reliable account of events was set down. But the fact is that we each hold on to what we can construct and conserve unconsciously in the folds of our brains. Perhaps for that reason, personal memories are the only ones that cannot be disputed, however biased they may be.

Yeterday I was looking for a photo from 2011, taken at a lunch for the 1961 generation from my home town of Éibar. As I searched, I came across a picture of two women, Bego and Elena, who were great friends but also strangers, and who have left us this year before I had the chance to chat to them one last time. They belonged to a generation of contradictions: one whose youth was atypical in that its members started out believing that they were destined to build a new world but eventually realised that the world which they had built was very much like those that could be found just about anywhere else.

I would have liked to ask them whether they thought that their experiences had been worthwhile. In spite of the burdens that weighed them down in the last few months of their lives, I am sure that their answer would have been a resounding yes. They were made to give, to be generous in their efforts and not to complain.

Those of us born male have had the privilege, first as boys and then as adolescents and adults, to grow up and live in a world made to measure for us; a world through which we could romp with hardly a thought for how many puddles we stepped in. They, on the other hand, had to be sensible, responsible, liberal but cautious mothers and working women; they lived in the knowledge that society demanded much more of them and was quick to judge their appearance and their behaviour according to a volatile, unfair, capricious yardstick.

In archetypical male behaviour practically any transgression can be passed off as good-natured fun, while women are censured for doing precisely the same things. This creates a contradiction that is hard to handle and that we men hardly ever have to deal with.

This contradiction in terms of morality applies especially strongly to LGTBI persons, who are judged and penalised especially harshly for failing to fit into either of the two compartments that have for centuries defined our iron-clad double standards.

In that 2011 photo the two friends have very different looks on their faces. One of them is gazing comfortably, happily, confidently at the camera but the other has an expression that is timid and perhaps a little fearful or mistrustful. Could she have known even then that she would not make it to the next get-together, scheduled for 2021?  Did the camera lens appear to her as a dark tunnel with no exit?

The world that they left behind them is very different from the one that they were born into in 1961. Today we are at least capable of seeing the glass ceiling, but back then it was unimaginable. We are able to realise how their lives were conditioned by the way in which they bounced off it.

Back in 1961 photos were relatively rare, black and white prints. The world from which they departed is filled with far more tarmac and many more wires, and nowadays any telephone can take pictures in dazzling colour.

If we had had time for one last chat I am sure that they would have agreed that the biggest difference between the world of their birth and the one in which they died is that we now know that the glass ceiling conditions and oppresses. Perhaps I would have recalled a remark which I once heard: that human males are the only animals that go from childhood to old age without ever attaining maturity.

But what is the good of remembering them? Their families will certainly not find in these lines any lasting consolation for their great loss. Perhaps we should settle for just fixing the memory of them in our minds and try to live by the virtues that they cultivated in life.

But what is memory?

Collective or historical remembrance is often cited as if it were a single thing: as if there were a daily ledger in which a wholly reliable account of events was set down, showing the true role played by each actor in the play. But the truth is that there are as many versions of the past as there are onlookers and narrators. We each hold on to what we are capable of constructing and conserving unconsciously in the folds of our brains.

Perhaps for that reason, personal memories are the only ones that cannot be disputed, however biased they may be. And such memories are hard to convey to others and opaque to third parties. How can anyone really know the extent of someone else’s joy and suffering?

Old friends such as Bego and Elena leave us every day, and we stand here perplexed and recall the times that we shared with them as a way of carving the image of their faces into our worn-out memories before it fades away. If we are lucky we may have a photo, an anecdote or the echo of a hug to help us remember them by.

It is enough to make you wonder why human beings have evolved memories which are so powerful but at the same time so vague and futile, just to keep stock of those who are gone and missed.

We must be grateful for the efforts of everyone who helps us to enrich our individual memories – some as historians and others as mere amateurs – by reminding us in their work, whatever form it may take, of scenes from our past. They help us keep the past close by and bring us unexpected pictures of people who were once here and whom we hardly noticed, in our ignorance of the skills and abilities that they cultivated discretely like silent titans.

But in spite of all our worthy efforts to remember, it is hard to ignore the bitter taste left by the realisation that time will eventually wipe out all trace of them. In the end each century of human events will end up being no more than a brief passage in the history books of the future, and very few of those involved will be remembered by name. 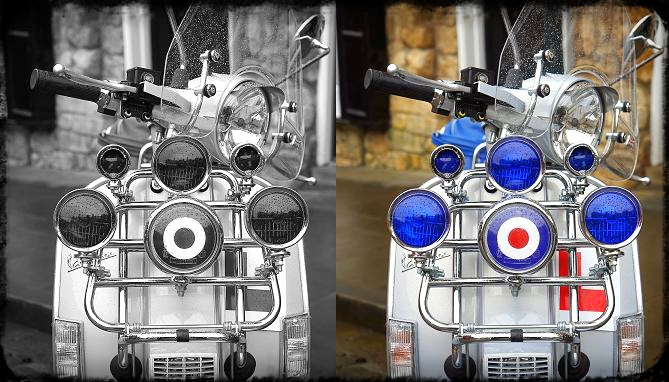 What will become of all those photos that we have taken over the years; the photos that we used to paste so carefully into albums but now keep on our computers? Where will the memories go that we have worked so hard to preserve, striving to minimise the stabbing pain of events that should never have been written into the scripts of our lives, and at the same time to keep the more pleasant ones at the top of our minds?

Today the Internet seems to be a place where anything can be found in an instant, but how long will all that information be kept there?

We cannot say that we were not warned: we all learned from an early age that “dust we are and to dust we shall return”.  That may be so, but even if we end up as no more than a handful of ashes I hope these lines will serve as a tribute to those two women who played a core role in that epochal change that began in the maternity ward in Eibar in 1961.

Their grown-up children are still with us: their generation has a tougher future ahead of it than we had to face, though it may yet be less tough than that which awaits children born today. They will have to prepare themselves to shine and acquire the skills required to make headway against the wind with their sails in tatters. And perhaps that is cause for hope, like the hope that stirs in a mountain racing specialist when the tarmac beneath the wheels of his bike begins to slope upwards.

As Adam says to Eve in Bernardo Atxaga’s poem Life According to Adam (originally published in Basque as Adan eta bizitza):

“Despite all the hard work, the business with poor Abel and other such problems, We have experienced the only thing that deserves the noble name of life”([1]).

Those two women in the photo have handed on the baton with no fuss, as many others did before them. The revolutions that have still to be fought – and there are many – are left for those who come after them.

. The translation of the original text published in the DEIA newspaper on July 30, 2020, has been made by Chris Pellow, cgpellow@gmail.com

. [1] English translation of the poem by Margaret Jull Costa.