CIMPA towards the future 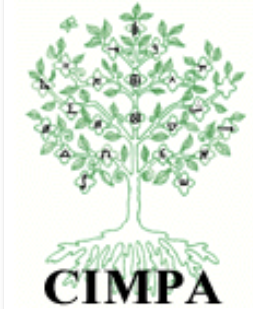 ” Every morning in Africa, a gazelle wakes up. It knows that it must run faster than the fastest lion, or it may be killed.

Every morning in Africa, a lion wakes up. It knows that it must run faster than the slowest gazelle or it will starve to death.

It doesn’t matter whether you are a lion or a gazelle. When the sun rises, you had better be running.”

Back in 1990 I had the opportunity to take part in a CIMPA for the first time: I delivered a series of Lectures in Assuan (Egipt). This was without doubt one of the most rewarding professional experiences I have had. I never went back to Egipt since.

That was my first CIMPA experience. At that time I did not know much about the Center except for the fact that offices were in Nice and the activities taking place in developing countries. Since then, I have followed the development of the Center that is now a solid and well known institution, internationally appreciated by the mathematical community, by the work the Center does and by the way this is being done. My last CIMPA School was a few weeks back in Dakar (Senegal). It was a great success. The scientific program was very estimulating. We had, in particular, Cedric Villani. Organization was perfect.

Contributing to the improvement and growth of mathematics in developing countries is a delicate task. Things have to be done at the right place and the right moment, at the appropriate scientific level, so that intiatives are fertile. The role of the Director of CIMPA together with his team and the CIMPA Presidency is to ensure that this is done and, simulatenously, that all the planet is served and all disciplines covered, watching for gender balance.

I had the opportunity to collaborate in this task as a member of the Scientific Committee that I have now the privilege to chair. First, with Michel Jambu as Director and now with Claude Cibils. I admire the generosity of their work and, needles to say, their efficiency. The Scientific Committee also plays an important role and it does it with enthusiasm. It has to chose the best proposals but also to contribute to give advice so that weak proposals come back in future calls with a better one. CIMPA does not reject proposals but rather helps on their improvement. There is too much need of contributing to the development of mathematics around the planet to reject anyone.

CIMPA staff is generous and often develops their work in countries and regions in which political and social unstabilities do not exclude risk. Bravo!

All this work work is done with limited resources that, fortunately, are increasing and that allow CIMPA to run more and more activities. Everyone works and collaborates with CIMPA on a non profit basis and this generates a special and particularly rewarding atmosphere.

Every morning many gazelles and lions wake up all around the planet in the form off young mathematicians. They have to run very fast to reach international standards in mathematical teaching and research. CIMPA is modestly contributing to help with some fresh water. But they will have to keep running: They know they are not alone.

Einstein was right: the ability of mathematics to explain what is going on in the world around us is surprising.