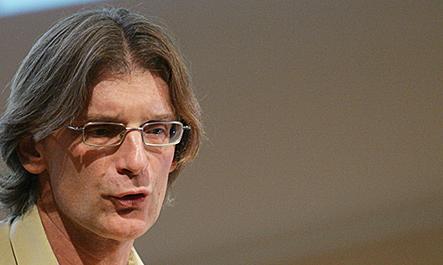 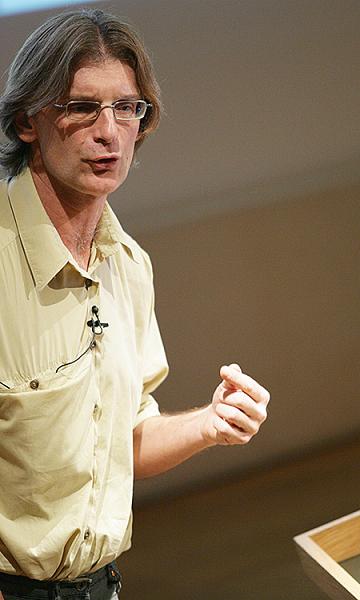 Ladies and gentlemen, good evening and welcome to this new activity of Ikerbasque Foroa.

Today is the turn of Mathematics. And to celebrate it in the best possible way, we have with us one of the most eminent scientists in the field: Pierre Louis Lions.

I am happy to welcome you in this unique place, the Ria de Bilbao Maritime Museum, built on the old Euskalduna Shipyard docks. They were, for over a century, the witnesses to the transformation of our society, at the heart of the Basque Country, Bilbao. The industrial revolution, the civil war, the uneasy recovery of democracy and of the right of basques to govern themselves, together with the traumatic first transformation from heavy industry to innovative technology, were actively observed in Euskalduna by several generations as in a giant interactive opera theatre. Today our society undergoes the second great transformation by which, as our Lehendakari Ibarretxe often says, we move from machine driven to men driven technology and industry.

And Pierre Louis Lions is one of the best examples of how men can sculpt the modern knowledge society.

Pierre Louis Lions or, simply, Pierre Louis, as everyone calls him at the top level research institutions all over the world, was born in France, in Grasse, in La Provence, the land of perfumes. He was lucky to become part of a family intensively devoted to intellectual activities, both arts and sciences. His father, Jacques Louis Lions, at that time, was a very promising young mathematician. He later became one of the most influential applied mathematicians ever. His mother, Andrée, is still today one of the many persons to be proud of his rich career and life.

Pierre Louis showed talent from the very beginning. While a teenager, he had to choose between sports and sciences and, he did a bet for the second, entering the most prestigious school in France: The Ecole Normale Supérieure, in the rue d’Ulm in the quartier latin of Paris. He got extraordinary records and started his research activity under the guidance of Haïm Brezis. But time was burning for Pierre Louis and he got the These d’État diploma in 1979 when he was only 23 years old, the age for others to start.

He was indeed, precocious, but always for good. His theory of viscosity solutions describing why nature often prefers non regular configurations, following the path previously paved by Euler, Riemann, Leray and some other giants, was an is still nowadays a classic of analysis. 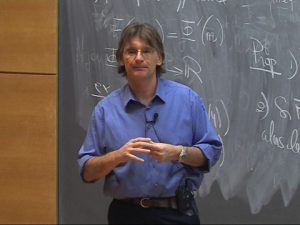 Where did he get the inspiration from? How could he have at such an early stage that technical mastery?

Deep intellectual thinking, creativity and technical power are the key ingredients in this mysterious game of mathematics. And Pierre Louis was a new star combining these qualities in a perfect manner.

He later developed the theory of concentration compactness, measure valued and renormalized solutions and many other concepts and methods that had tremendous influence in the evolution of several fields in mathematics and beyond, including fluid and gas dynamics, image processing, finances, theoretical physics and chemistry, and numerical analysis and computing.

He got the Fields Medal in Zürich in the International Congress of Mathematicians in 1994, the most prestigious award that a young mathematician under 40 may expect to ever have.

His career has been incredibly rich and it would take too long to summarize his main achievements here. I have to confess that in his very dense CV, great honours as the Fields medal or the Légion d’Honneur, as many other international awards are simple items of a long list. For most mathematicians any of them would pay off a life of effort.

But I prefer to let Pierre Louis talk. You will have the chance to enjoy the company of one of this excepcional individual that will definitely fill one page of the history of mathematics.

He is now professor at Collège de France, member of the Académie de Sciences de Paris, and serves in many editorial and scientific committees. He is definitely one of the most influential voices in mathematics nowadays. But, as I said before, he is also one of those very few that, in addition to all this, is able to drive industry and technology. Indeed, his work, deep within mathematics, has been extremely influential in many areas of industry. He is consultant in some of the leading international companies in different fields ranging from finances to aeronautics, and covering also imaging, telecommunication, robotics, etc…

And, I can testify, his word counts… a lot! Asko benetan!

This is the first time Pierre Louis is with us but I am sure this will not be last one. Actually he always had close interaction with basque mathematics since the late seventies when he received in Paris María Jesús Esteban as Ph D student, one of the first basque students that moved to Paris for training.

We all owe a lot to the French school in applied mathematics he represents, certainly a good guide and model to follow these days when the future of basque science is under discussion.

Pierre Louis will now lecture on “Analysis, models and simulations” and he will disclose some of the keys of how men may shape future society through mathematics.