The Curse of Dimensionality 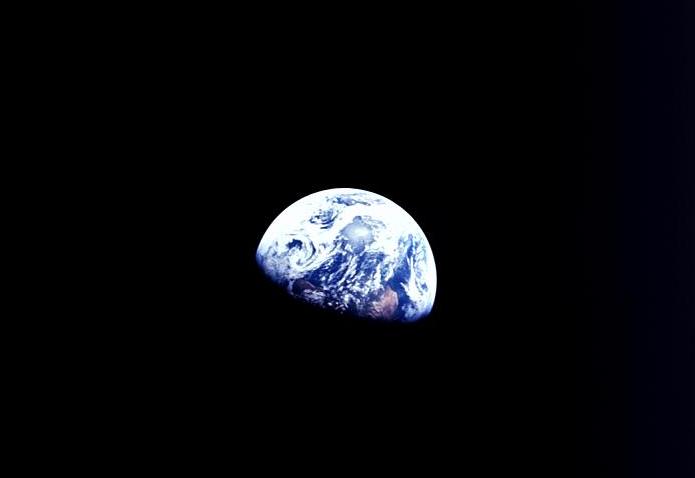 The universe is immense and the Earth is huge but we still live confined in a world that often feels too small. We are conditioned by our own human nature and live hemmed in by four dimensions, just as our rooms are constrained by four walls. The world is infinitely complex but in spite of that (or perhaps because of it) we live like tigers in a zoo: wearing a useless furrow into the ground as we pace to and fro in the same, small area delimited by our cages.

But there only appear to be just four walls and four dimensions: the world actually has many more. This is evidenced in many areas, though it is not always obvious and we sometimes fail to realise it.

In economics, for instance, there are many relevant dimensions and variables and their number is increasing day by day in this increasingly interconnected world.  How many dimensions and how many parameters are involved in the economic future of a country? There are stock market indices, employment and unemployment levels, inflation, the balance of trade, GDP, taxes, fraud, transparency, infrastructures, communications, political status, etc.

The setting which underlies the current economy is diabolically complicated and involves higher dimensions. It is becoming harder and harder to shield oneself from the risk of upsets and lead the simple but secure life that people were once able to enjoy, with steady jobs for life, buying their bread from the same bakery every day. Businesses have been forced to internationalise and to innovate continually in order to survive. The same goes for the world’s most powerful universities and research organisations. Those in charge are finding it more and more difficult to manage situations marked by ever-greater numbers of links and correlations, where the idea of a “captive market” is increasingly a thing of the past and competition is ever fiercer and more changeable. The shipbuilding industry here in the Basque Country is a case in point.

Mathematician Richard Bellman (1920-1984) coined the expression “the curse of dimensionality” as the ultimate description of the enormous complexity of the world in which we live. He observed that spaces with increasingly large dimensions have geometrical properties which are hard to guess at and which differ from the space in which we actually live (or believe we live), but that their consequences are important.

As the size of a cube increases (a line in one dimension, a square in two, a cube in three and a hypercube in higher dimensions) there are fewer and fewer points close to the centre but more and more on the vertices and edges, i.e. on the periphery. Just as the sea washes flotsam to shore, so the interior mass of a cube accumulates at its edges as the dimensions increase.

The same happens with the political map. The Basque Country is small but in it we enact a scale model of the scenario described by the curse of dimensionality, a context in which size does not matter because a small scale such as ours is still compatible with high dimensionality. Ours is a multilingual society with languages of very different kinds and origins. This makes it a society of distinctions, where integration is not always an easy matter. Geographically, the Basque Country comprises a number of valleys; politically, it is divided into provinces governed by strong provincial councils with their own assemblies, etc. Institutionally, our small society is so complex that it provides a perfect test bed for checking whether the curse of dimensionality is applicable.

And the predictions of the curse actually do come true. Parliamentary majorities are becoming harder and harder to secure and the political centre is slipping away. Where has it gone? Does it still exist? Moreover, the situation seems set to be long-lasting, as the political spectrum here is organised around four main vertices which do not generally mix but which seem stable and durable. But of course, although our society is small it contains over two million people, each with their own concerns; that means that we are actually moving in a very high dimension of reality. The prediction that it will become more and more difficult to bring people together around the centre is thus borne out.

As a result, it is almost five years now since the government of the Autonomous Community of the Basque Country was last able to obtain a natural, stable, absolute majority in parliament that enabled it to govern comfortably.

Bellman also made seminal contributions to dynamic optimisation, a field broadly applicable to a number of areas such as resource allocation and the design of infrastructures (rail and metro networks, roads, hospitals, air travel routes, etc.). It was he who first stated (and worked out the equations to demonstrate) that an optimal strategy must always be optimal, i.e. if a better decision could have been made at any time then things could have been done better overall. But this is hard to achieve if one acts merely on the basis of one’s own intuition: hence the usefulness of Bellman’s equations, which enable the best strategy at each moment in time to be calculated.

There are pragmatists who give in to the curse of dimensionality, see the intrinsic difficulties of the problems at hand, realise their own limitations and seek to do things reasonably by resorting to mathematical methods. For instance Athletic Club de Bilbao called in Alvin E. Roth, winner of the 1994 Nobel Prize for Economics, to help them allocate the seats in their new San Mamés Barria football stadium. Satisfying the demands of all the approximately 40,000 season-ticket holders when allocating the seating in the new stadium, with its improved but different layout, was no easy task. With the curse looming, it was decided that it was worth taking the risk and spending the money to hire the best, in the shape of the team which had organised the American network of organ donors for transplants and the distribution of pupils across the network of publicly-run schools in New York.

This is a fine example of how science can help in decision-making and management. It may perhaps mark a path that can be followed in other areas where even more is at stake to escape the curse of dimensionality.