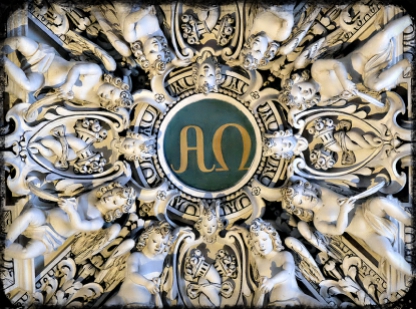 Every language has its own alphabet, though it may be largely shared with others. For instance Basque and Spanish have very different origins, histories and structures but they are both based on variants of the Latin alphabet. That alphabet is indeed shared with much of Europe and the rest of the world. This is helpful (and how!) when travelling, because even if you can’t understand what a sign says, if it is written in the same alphabet you can at least copy the characters onto a sheet of paper and look for a translation. Things are much more complicated when you have to deal with a different alphabet, such as Arabic or Chinese characters. Hence the expression “it might as well be Chinese”, which we will have to think about phasing out now that the world’s centre of gravity is shifting (or reverting?) towards China.

An alphabet is a menu with a limited number of ingredients – twenty-odd letters in our case – which are combined to form words, which in turn are hybridised to form sentences.

It might seem that the number of sentences that can possibly be formed must be fairly limited, but this is clearly not the case. Books and newspapers have been written, speeches given, poems recited and songs sung for centuries and we have never run out yet.

The art of literature consists precisely of constructing new stories and narratives on the basis of that apparently meagre menu of 20-odd letters.

The alphabet is to communication and literature what numbers are to science and technology.

However, it is odd that we use the alphabet when it comes to putting groups of people in order. Surely it is numbers that are supposed to be used to order things, isn’t it? Then why not put people in numerical rather than alphabetical order?

You don’t need to think about it too long to realise that the alphabet is essential and unbeatable at doing this job. Imagine what school registers would look like if pupils were listed in the order of their own or their parents’ ID card numbers. The whole thing would be an absurd mess. Of course, we need given names to know what to call children, but we also need to know their surnames, because they provide key information as to who their parents and families are. But a list of names with no kind of order would be just a jumble that is hard to remember and use. Everything is much clearer and easier when surnames are listed in alphabetical order, from A to Z.

But this of course leads to the names that people are born with being automatically associated with the place that they will occupy in lists for the rest of their lives. Here in the Basque Country, if your surname is Alberdi, for instance, you will always be near the beginning of the list, but if it is Zubiri you will be placed consistently at the end. There is nothing inherently bad in this: it is just a way of ordering things and not a criterion for allocating resources. Or is it? Lists are sometimes used for distributing goods. When five individuals must be selected from a list of 30, will the choices inevitably be made from the first few names on the list, leaving those at the end with fewer chances? Yes, I’m afraid that this can indeed happen.

As an enthusiastic member of the “Z” group, I have had more than one opportunity to witness “crimes” of this sort in the use of lists and, to make matters worse, to hear explanations based on dubious mathematical and statistical reasoning. It never ceases to amaze me how supposedly mathematical logic can be used to justify choices that have no scientific basis whatsoever.

I experienced a curious case of this kind some time ago. In the mid-1990s I was living on the outskirts of Madrid, drawn there by the scientific background of the area. It was a district where numerous housing developments had sprung up and there were a great many young people like ourselves who, unsurprisingly, had children aged four or five about to start school. We chose the state school system, trusting that the census and population register had been drawn up properly and the number of children expected to start school would therefore have been calculated correctly. The President of the Regional Community of Madrid at that time was Joaquín Leguina of the Socialist Party, a man whose credentials as regards concern for high-quality state education were beyond reproach. But the public administration is a creature with a nature all its own, and when the school year began we found that the school was one starting-age classroom short.

The headmaster resorted to what he referred to as a “democratic” method to decide which pupils would be allocated to the five classrooms available and which 25 would be left out. And obviously the coin dropped on the side of those at the end of the alphabet including, of course, the “Z’s”. Matters were eventually resolved thanks to the skill of the headmaster, a member of a left-wing trade union, who left no stone unturned in the regional system to get funding allocated for express building work to set up another classroom in what was originally part of the school entrance hall. And he got it done more or less in time.

But as the school year progressed and new classroom equipment was received, it always came in multiples of five because, I assume, somewhere on a centralised list someone had failed to enter the fact that this school now had six primary classrooms and not five. So the school would receive five new whiteboards, five computers, five new shelving units, etc. Always in fives!

And the headmaster, concerned that there should be no discrimination and fearing that any other criterion could lead to unfairness, always allocated the equipment to the first five classrooms and left the sixth, where the “Z’s” were, with none. They always had to wait a few more weeks until complaints from parents and the school about the needs of this sixth classroom took effect.

Feeling halfway between fed up and curious, I went in one day to talk to the headmaster, who told me that his firm determination to allocate resources in such a way as to ensure equal opportunities led him always to choose alphabetical order as his method for solving such problems. He saw this as the most random system that could be imagined, because it was pure chance and the laws of nature that determined where between the “A” and the “Z” each newborn baby’s surname (and place on the list) would be; a factor inherited from its parents in an association established at the time of fertilisation.

Obviously, I couldn’t agree with his explanation, with its fragile probabilistic basis, that the fairest solution was to allocate resources always to the same five groups, however much it was random chance that determined which children were born to which parents. But there was nothing that could be said to convince him that it would be better, for instance, to start with a different group each time there was a shortage so that the “Z’s” did not always get the short end of the stick. He would not be budged.

Even so, we decided to part as friends, as we shared the heartfelt conviction that education was the best passport for life, and that sometimes the system was more sinned against than sinning in the absurd situations that arose in large-scale resource administration.

When my daughter completed her primary schooling her school was still a benchmark in the region, and indeed I hope it still is, in spite of the vicissitudes of the recession.

Having been born a “Z”, I have always wondered what life would be like for an “A” or an “M”, for instance, and what would happen if lists were sometimes ordered from the “Z” to the “A” rather than always the other way around.

The original article was published in DEIA newspaper.  You can download the full article in this link.