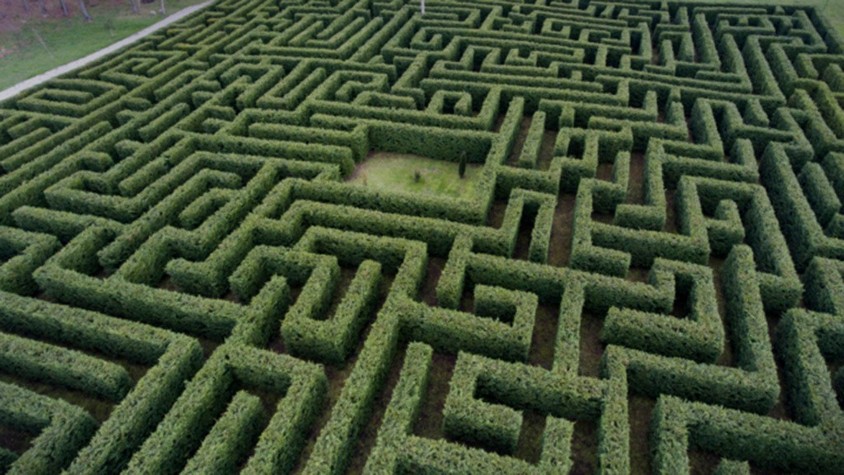 They emerged from a privileged natural setting. They could name every type of tree in their green woods and could catch wild trout with their bare hands. They spoke the ancestral tongue, filled with as many nuances as the countryside through which they ran and leapt. They knew the name of every species of butterfly, names that were formed in such a way that their sound vibrated in time with the beating of wings; every name matched with the species that it described, and with that species alone. They were endlessly, naively happy in a time when there were no clocks to mark the hours.

Forearmed by their forbears (though some were gone, lost in an unjust civil war: betrayed by those closest to them or gunned down on the battlefront), but knowing less than they needed to know, they were almost unaware that they lived in a maze with green glass walls. They were incapable of reading the contradictions dragged by conscience into the gazes of the adults to whom they looked as a reference point.

Their valley, their language, their people and their natural surroundings made up their homeland, and they flowed through it with all the spontaneity in the world, oblivious to the deep social tensions building up around them like the high tide on a calm day, threatening to drown everything.

And one day, unexpectedly, the great, invisible wave broke over the sea wall and they were left breathless, faced with a choice between dying and learning to breathe the water that rose over their heads. They had never known how much of a threat was posed by the wave, or indeed that it existed at all, because hitherto they had floated along on its surface. By the time they realised, it was too late and the critical point had been reached at which the wave broke and swept everything away in its wake.

And on that day, all too soon, their sturdy hearts and bodies came up against the truth; the truth of those who had to leave to save their skins; of those who betrayed their heritage and their dear ones to embrace the welfare that had been snatched from them; of those who vanished down some unrecorded path; of those who came to sit comfortably on a seat forged over centuries, unaware of its incalculable value, cravenly protected by unjust, disproportionate force; and of those who, in all honesty, were too weak in their bonhomie and were incapable of reacting. They did not yet know that they would be the key players in the next scene in the never-ending play of life, and that there was a role already written for them: tragic for some, heroic and innocuous for others.

The winds of change swept simultaneously across the Pyrenees and the River Ebro and raged through that valley as an uncontrollable tornado, touching capriciously upon precisely those spots where they scampered in their innocence.

Ingenuousness, injustice and passion drove them to militancy and drove them underground. They did not know that in the war that was to be waged there would be no rules, no limits; that codes of honour bind only those who believe in them; or that it is the size, strength and resources of one’s adversary that determine the final outcome.

Their romanticism led them to believe that a feeling of rightness grounded on a distinctive cultural identity and a cultivated revolutionary ideology tipped the scales in their favour, but they perhaps failed to realise that in wars there are no settlements brought in by unbiased judges and juries: just winners and losers.

Their youth and the strength and flexibility of their bodies at that age when death seems so far away that one acquires a dangerous feeling of immortality, kept them from seeing how fragile they were, and how ephemeral any human being is.

There, at a time when there was spontaneous and, apparently, complete consensus, they forgot that every human being is unique and that even when they are as closely in tune as possible no two individuals ever have identical levels of commitment.

Nor did they realise that outside the discipline of geometry there is no such thing as a perfectly flat surface: in reality they are all flawed by roughness and cracks, even though the flaws may be imperceptible. Without knowing it, they themselves became filled with the same doubts and contradictions that they had lived and breathed in their valley; the same ones that had troubled their parents before them, but renewed and adapted to fit their generation like a glove. And so came betrayal.

It is so much easier to win quickly, individually by cheating and breaking the code of loyalty than by working together for a just but unlikely cause!

Small-town syndrome did the rest: one libellous piece of graffiti casting doubt on the loyalty of the most loyal among them. As he fell into the chasm that leads to mental and emotional hell, he recalled his uncle, who had survived a collective shipwreck through a mixture of bravery and good fortune, and who years before had dared to carve out a second chance for himself elsewhere; in a far-off place to which he carried his fondest memories of the valley, stone by stone. He took him in with all the love of a father.

And there, playing the hand dealt to him at birth in the card game of life, a game which he ad never bought into”

They were the unwitting protagonists of an experience that was unique but is repeated day after day, in a maze with walls of green glass through which we all wander unknowingly, without ever fully understanding that with every step that we take there is no going back.

And there we remain. Now it is the turn of younger generations to walk the maze, and our turn to pass on to them what we have learned: that life is a blank page waiting to be written, but embedded in an urn in the form of a green glass maze.

As the film shows, there is no reason to be pessimistic, and indeed no excuse for being so, because even far away from the valley there is always some refuge where he can be almost as happy, where he can take his memories and the names of the butterflies, which can be understood in all languages, which can be written down on paper and which can be kept in matchboxes to show children. And his best friend will always reach that place of refuge, albeit at the last minute or even later, to write the best of epitaphs as only he knows how, so that those closest to him can celebrate his passing without setting the scale of its true, eternal meaning, to keep walking through the maze with that hint of unawareness that is essential to avoid falling into despair.