We come from different places all around the globe. We are at different stages of our careers: Bachelor’s and Master’s students, PhD and postdoctoral researchers, Professors, Visiting Fellows, etc.

It does not really matter; we are here for the very same reason: Our Passion for Knowledge.

We have all chosen FAU. And we are lucky to have done so out of the hundreds, thousands of universities all around the planet, in the global rainbow of academic and research institutions.

FAU, located in Erlangen and Nürnberg and with various sites and campuses in the region, is a holistic institution. Here you will be able to devote yourself to all areas of knowledge, across five faculties, interacting with other institutions within the perimeter of the University, the Fraunhofer and the Max Planck Institutes, in particular. If you are interested in innovation and technology you have also chosen the right place. FAU is the top innovative university in Germany and a world leader, in alliance with a rich array of international technology and industry partners. The motto “Knowledge in motion” sums up what we are and what we wish to be very well.

Two years ago I was sitting where you are now. We arrived in Erlangen in September 2019 to join FAU to run an Alexander von Humboldt Professorship in Applied Mathematics.

When we came, we could not have imagined that we would have to go through the lengthy Covid crisis here. The pandemic is not over but, luckily, conditions have significantly improved. Looking back at this long 18-month period, we realize that FAU was a good place to work and live safely at such a difficult time. The University rapidly evolved into online mode.

Activity continued and things worked surprisingly, magically I would say, well. And the region has been one of the safest anywhere in the world for us and our families. We are protected by a gorgeous, well-conserved natural environment, and concern in society about human rights, interpersonal relationships and respect for diversity, is one of the distinctive features of life here, making it especially rewarding for those of us who belong to the broad FAU academic community, independent of origin, religion, culture and gender. FAU is a family-friendly institution. All that helps a great deal.

In fact, we academic fellows and scientists are nomads to a large extent: we come to inhabit those niches where we are allowed to study, learn, and teach freely and safely. FAU has also a generous infrastructure and resources that make nearly all academic dreams possible. One cannot expect more.

Having been here for over two years, I am in a position to tell you, sincerely, that you have made the best choice. Herzlich willkommen!

As I said, I am a mathematician. I was born in the Basque Country in northern Spain 60 years ago, I trained in France and then occupied several positions in Spain, in constant interaction with a rich international network of scientists, before eventually landing up in Erlangen two years back.

When I look back at how this happened, I can see the role played by the two forces that in fact constitute the main instruments used by mathematics to describe and understand nature and all the processes developed by humankind, in social interactions and technology. 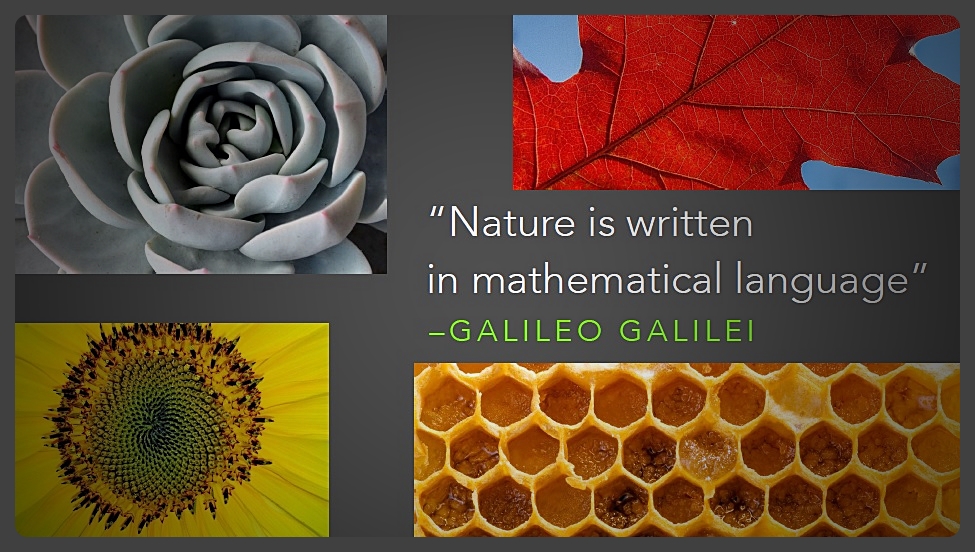 Galileo Galilei said that the “universe is written in the language of mathematics”. And he was certainly right. But how is the mathematical novel of the universe written? Essentially by combining two ingredients: deterministic rules describing and anticipating interactions and motion (satellites, clouds, oceans and sound, for instance) and randomness and chance. Indeed, despite the fantastic predictive capacity of contemporary science we did not anticipate the disastrous flooding of last summer in North-Western Germany, or the more recent eruption of the volcano in La Palma in the Canary Islands.

But randomness, chance, do not always play against us. Indeed, sometimes they can be our greatest ally.

As I said, when I analyze how I got to FAU I can easily perceive these two forces and dimensions on my own path. I am sure the same goes for all of you too.

Back in 1979, in the Basque Country, I was hesitating as to what bachelor’s degree I should take: Economics, Engineering or something else. It was my older brother, Alberto, who advised me by asking a simple question: “what is it that you like the most”? In my case it was mathematics. And here I am 42 years later. But now at FAU, in Bavaria, and not in the Basque Country, where I became a mathematics student. And I am still one today. Even when one becomes a full professor, one never stops studying and learning, even though one may now do so to teach, train and guide new generations of scientists and specialists.

While preparing my PhD thesis in Paris and for over thirty years afterwards I had the chance to meet and work with many colleagues in various areas of applied mathematics. Back in 2000 I wrote a paper describing the propagation of waves on graphs in collaboration with Günter Leugering.

At that time Günter was a professor in Bayreuth before he moved to FAU, where he became the Vice-President of Research in the team led by our present President, Professor Joachim Hornegger.

In 2014 Günter secured a Humboldt Award for me that enabled me to spend a substantial part of the academic year in Erlangen.

I then had the opportunity to meet our President Joachim Hornegger. Achim and Günter both told me about their vision of the future for this university, the opportunities and the challenges. A few years later, FAU made a public call to for a new professorship, anticipating the retirement of Günter in spring 2021. It was thorough this process that I became a professor at FAU. The support of the Alexander von Humboldt Professorship award means that I enjoy conditions that would be impossible anywhere else.

Looking back, I realize that I would never have got here without the lucky random event that, one day, gave me the opportunity to collaborate with Günter more than twenty years ago. He then decided to move from Bayreuth to FAU and it was he who introduced me to our present president, who had the vision of building a new scheme in cooperation with the AvH Foundation. An unpredictable concatenation of rare, lucky events.

But luck is not always good.  Roughly, life is a zero mean game: on one day we are given the privilege of life and on another it ends without our say.

The same goes for work. Good luck is usually offset by episodes of bad luck.

It is then that the deterministic inner forces of each individual scientist, the constant work, persistence, resilience, perseverance and strength become more essential.

Therefore, my recommendations to all scientists are few and simple:

All this can be summed up in an African proverb that I once read on a wall in the streets of Dakar, Senegal, where I was delivering a series of lectures:

Every morning in Africa, a gazelle wakes up. It knows that it must run faster than the fastest lion, or it may be killed.

Every morning in Africa, a lion wakes up. It knows that it must run faster than the slowest gazelle or it will starve to death.

It doesn’t matter whether you are a lion or a gazelle. When the sun rises, you had better be running.

Welcome to FAU. Run and enjoy. And, if you will permit me to make a more concrete recommendation, please do not forget this:

In our arrival at Erlangen the support of Frau Kerstin Sommer and many other colleagues on the FAU staff, led by Chancellor Christian Zens, was providential. The smooth landing that my family and I enjoyed would have been impossible without their help.

Please keep asking questions of colleagues and friends until your curiosity is satisfied and your search is over. The number of opportunities that FAU offers is endless, and you will only discover them if you persist in your queries and search. As I have said, mutual respect is strongly rooted in the local culture. That’s why you will not get answers if you do not ask the right questions.

This is what a scientist should do: ask the right questions. Through them you will be anticipating the right answer. This is the path, the trail of discovery. And you will soon discover that FAU is a fantastic green forest full of such tracks.

Welcome to FAU. Run, cycle and enjoy your search. As Alexander von Humboldt said: “We must learn about harmony in nature”.