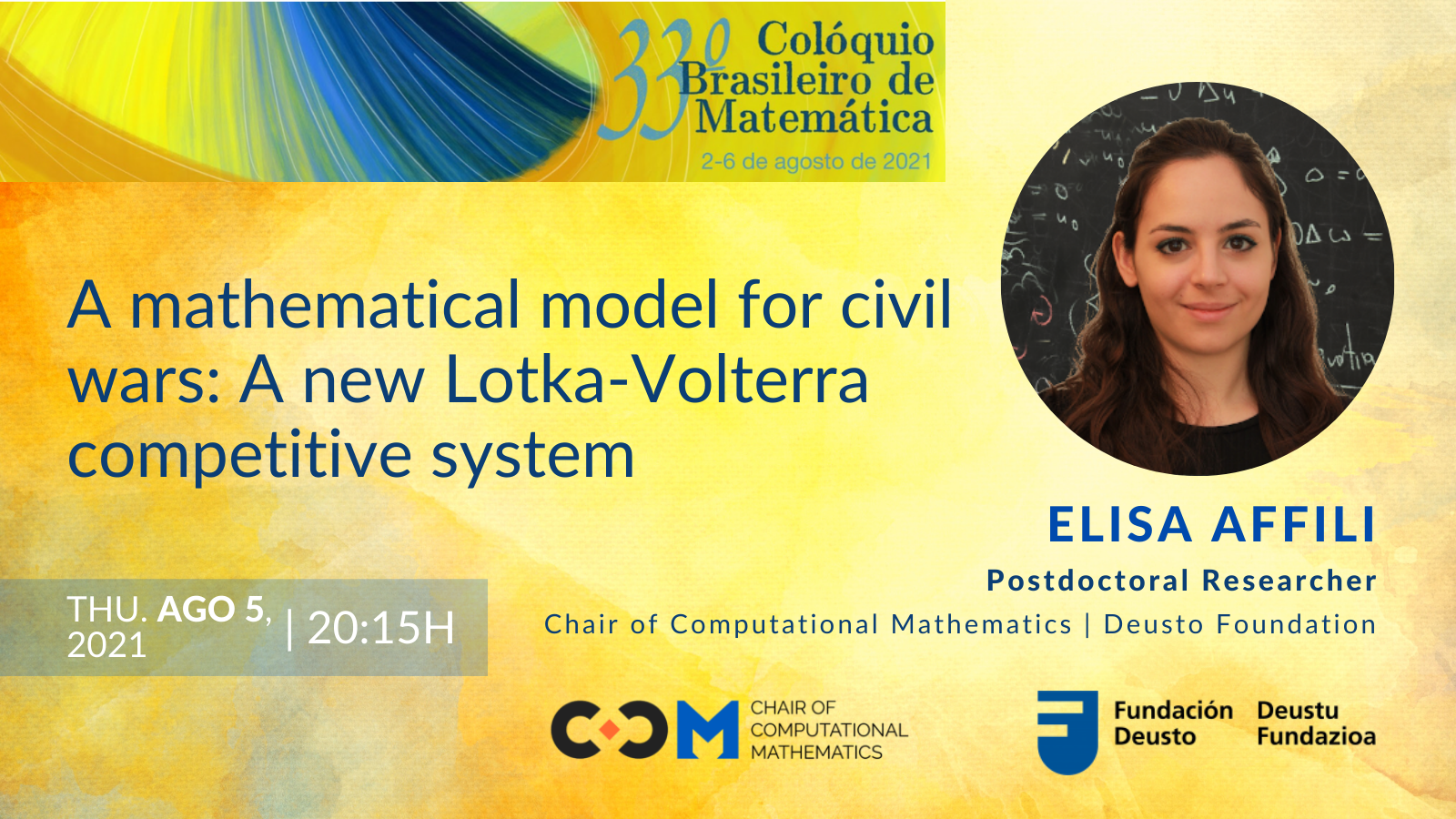 Next month, on August 5th., our Postdoctoral Researcher Elisa Affili will talk on “A mathematical model for civil wars: a new Lotka-Volterra competitive system” at the 33rd. CBM – The Brazilian Mathematical Colloquium, the most comprehensive scientific gathering of the Brazilian mathematical community, organized by IMPA – Instituto de Matemática Pura e Aplicada (Brasil). Held biennially since 1957, it counts on the participation of undergraduate and graduate students from all over the country, as well as great Brazilian and foreign researchers, of great international renown. This year this event will be online on August 2nd to 6th.

Abstract. Imagine two populations sharing the same environmental resources in a situation of open hostility. The interactions among these populations is described not in terms of random encounters but via the strategic decisions of one population that can attack the other according to different levels of aggressiveness. This leads to a nonvariational model for the two populations at war, taking into account structural ecological parameters. The analysis of the dynamical properties of the system reveals several equilibria and bifurcation phenomena. Moreover, we present the strategies that may lead to the victory of the aggressive population, i.e. the choices of the aggressiveness parameter, in dependence of the structural constants of the system and possibly varying in time in order to optimize the efficacy of the attacks, which take to the extinction in finite time of the defensive population. The model that we present is flexible enough to include also technological competition models of aggressive companies releasing computer viruses to set a rival companies out of the market. This is a joint work with S. Dipierro, L. Rossi and E. Valdinoci.

WE USE COOKIES ON THIS SITE TO ENHANCE USER EXPERIENCE. We also use analytics. By navigating any page you are giving your consent for us to set cookies.    more information
Privacidad