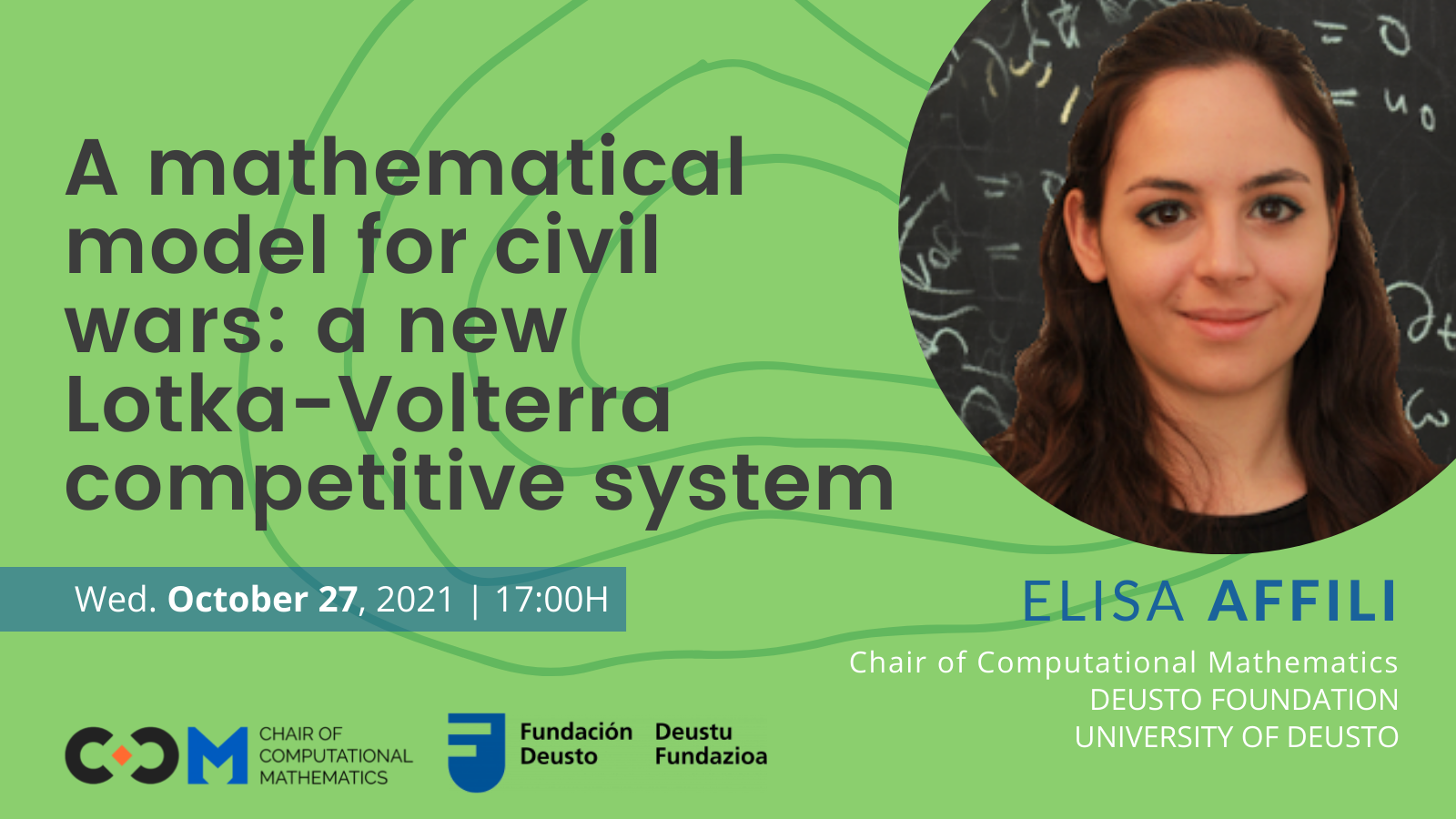 On October 27th, our Postdoctoral Researcher Elisa Affili will talk on “A mathematical model for civil wars: a new Lotka-Volterra competitive system” a webinar organized by the DEF1 – Differential Equations Group Of North-East.

Description. Imagine two populations sharing the same environmental resources in a situation of open hostility. The interactions among these populations are governed not by random encounters but via the strategic decisions of one population that can attack the other according to different levels of aggressiveness. This leads to a non-variational model for the two populations at war, taking into account structural ecological parameters. The analysis of the dynamical properties of the system reveals several equilibria and bifurcation phenomena. Moreover, we present the strategies that may lead to the victory of the aggressive population, i.e. the choices of the aggressiveness parameter, in dependence on the structural constants of the system and possibly varying in time in order to optimize the efficacy of the attacks, which take to the extinction in finite time of the defensive population. The model that we present is flexible enough to include also technological competition models of aggressive companies releasing computer viruses to set a rival company out of the market. This is a joint work with S. Dipierro, L. Rossi and E. Valdinoci.