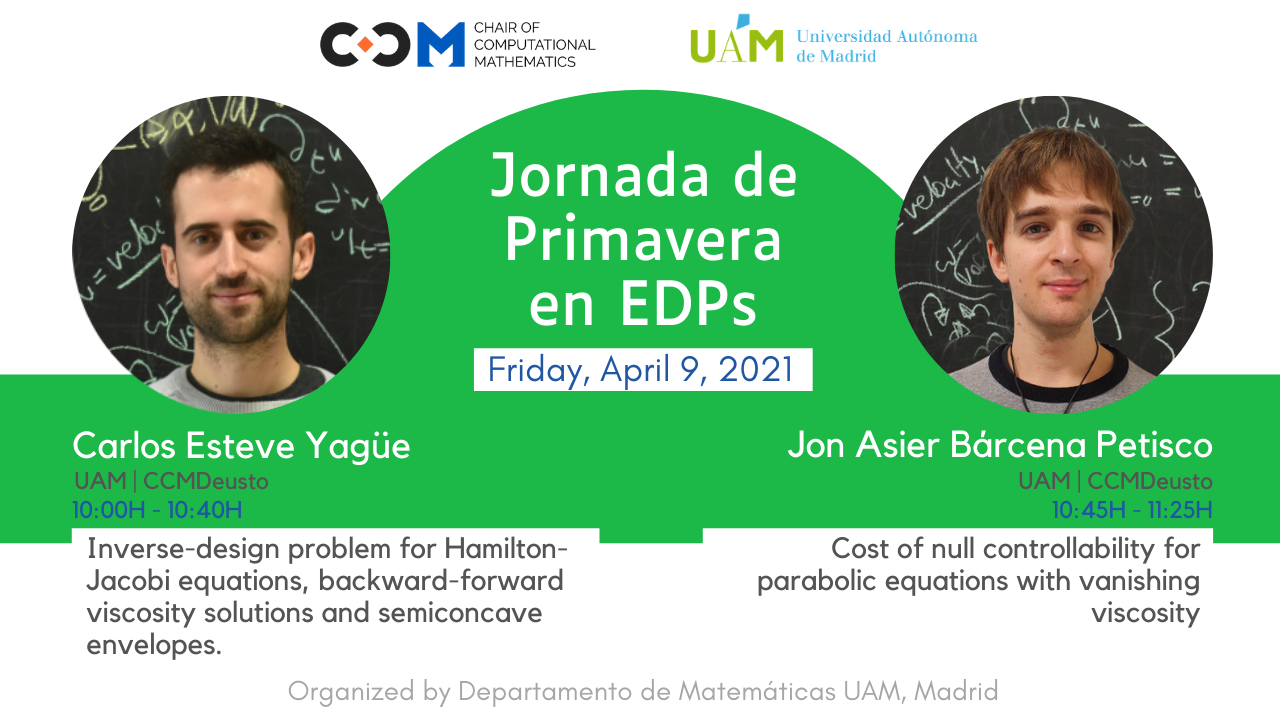 Next Friday April 9, our postdoctoral researchers Carlos Esteve Yagüe and Jon Asier Bárcena Petisco will be talking at the “Jornada de Primavera en EDPs” (Spring day in EDPs) organized by the Department of Mathematics, UAM – Autonomous University of Madrid.

Abstract. In this talk, we will consider the inverse problem of identifying the initial condition from a given solution at some positive time for evolutionary Hamilton-Jacobi equations. First of all, we will address the issue of describing the reachable set, i.e. the set of functions for which there exists at least a compatible initial condition. Secondly, we will discuss the possibility of having multiple initial conditions compatible with the given function, and we will give a way of characterizing all of them. Finally, for any given Lipschitz function, we will analyze the function obtained after solving the Hamilton-Jacobi equation backward and then forward in time. This function, which can be seen as a projection onto the reachable set, turns out to be the viscosity solution of an elliptic obstacle problem, and we refer to it as the semiconcave envelope.

Reference: The Inverse Problem for Hamilton-Jacobi equations and Semiconcave Envelopes

By: Jon Asier Bárcena Petisco, UAM/CCMDeusto
Abstract. The transport-diffusion equation with vanishing diffusivity describes the dynamics of physical and biological phenomena in which the transport dynamics dominates the diffusive dynamics. Since these systems are of parabolic nature, it is well-known that they are null controllable. However, there are many open questions on the asymptotic behaviour of the cost of null contrallability when the diffusion parameter vanishes.