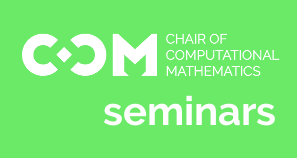 Next Wednesday January 22th. Shiping Huang will be talking at CCM – Chair of Computational Mathematics from South China University of Technology to talk about “Micromechanical modeling of rough interface behavior”.

Abstract. In this work, the interface behavior of contacting rough surfaces was studied systematically based upon micromechanical modeling. Firstly, asperity contact mechanics was further developed. It was found that tangential tractions, displacement and compliance are path dependent in both in-plane and out-of-plane shear loading, which lead to energy dissipation during the loading. Secondly, statistical description of interface geometry was obtained based upon random process model of rough surfaces. As a result, the probability distributions of asperity contact height, curvature, and orientation were derived. Thirdly, asperity contact mechanics and interface description were considered to develop a homogenization model. The resultant nonlinear stress-displacement relationship of the interface was solved numerically using the Newton method. Finally, the proposed model was used to study the interface behavior. It was shown that normal stiffness of the rough interface is softer than that of the smooth interface, which is highly nonlinear and does not follow the Hertz power law. It was also shown that the shear behavior of the interfaces under constant normal stress exhibits two distinct regimes during shear loading. In the small shear displacement regime, the smooth interfaces were found to have a higher shear resistance. In the large shear displacement regime, the rough interfaces were found to have a higher shear resistance, and eventually, a higher frictional strength compared to smooth interfaces. Furthermore, the scale dependency of the rough interface was discussed. We found that fractal dimension, sample size and resolution have strong effects on the interface behavior.