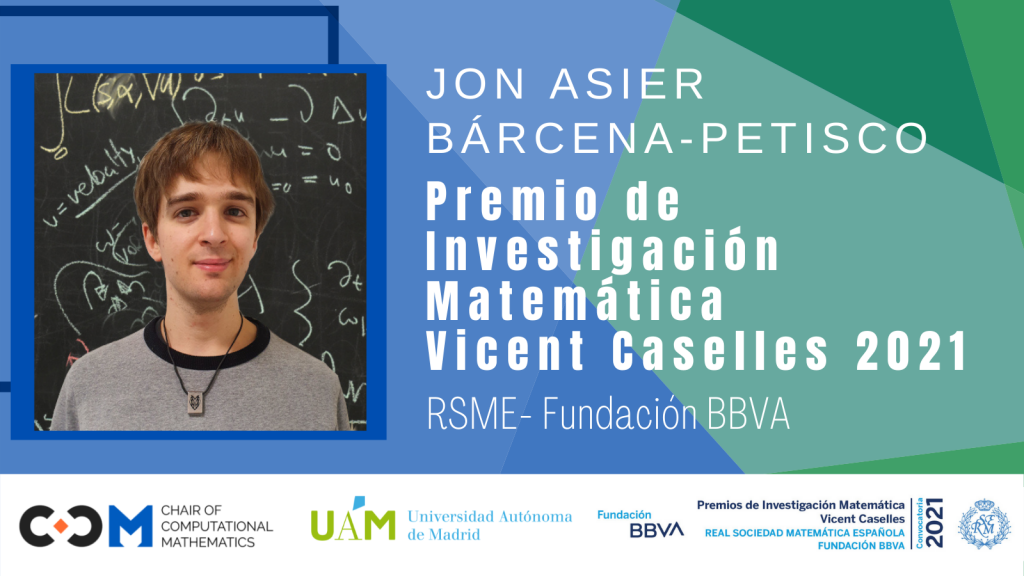 Jon Asier holds a Postdoctoral position from Universidad Autónoma de Madrid at the ERC Advanced Grant project DyCon under the supervision of Prof. Enrique Zuazua. He earned his PhD at the Laboratoire Jacques-Louis Lions, Sorbonne Université. He did his master studies in that university, and his undergraduate studies in the University of the Basque Country UPV/EHU. His primary field of expertise is in the controllability of Partial Differential Equations, mainly in parabolic equations from a theoretical point of view.

In 2015, he was awarded internationally with the “Gold Coin” prize of the Barcelona Tech Mathematics Competition (Polytechnic University of Catalonia), in 2014 he obtained the second prize in the International Mathematical Competition for University Students (Bulgaria), and a gold medal in the Ibero-American Olympiad of University Mathematics 2014.

Official announcement of this award