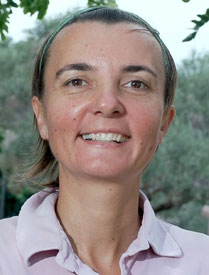 Monique Chyba is Full Professor of the Department of Mathematics at the University of Hawaii at Manoa, USA. Her main research area concerns the development of geometric methods to solve optimal control problems. One of her central objectives is to understand the role of singular extremals in optimal strategies for nonlinear control systems. More specifically, she has been lately focusing on using differential geometric techniques to exploit in the time optimal problem the particular structure of the Lie algebra formed by the vector fields describing a controlled mechanical system. Her research is oriented towards applications with a special emphasis on the motion planning problem for autonomous underwater vehicles.
Last updated on March 17, 2022