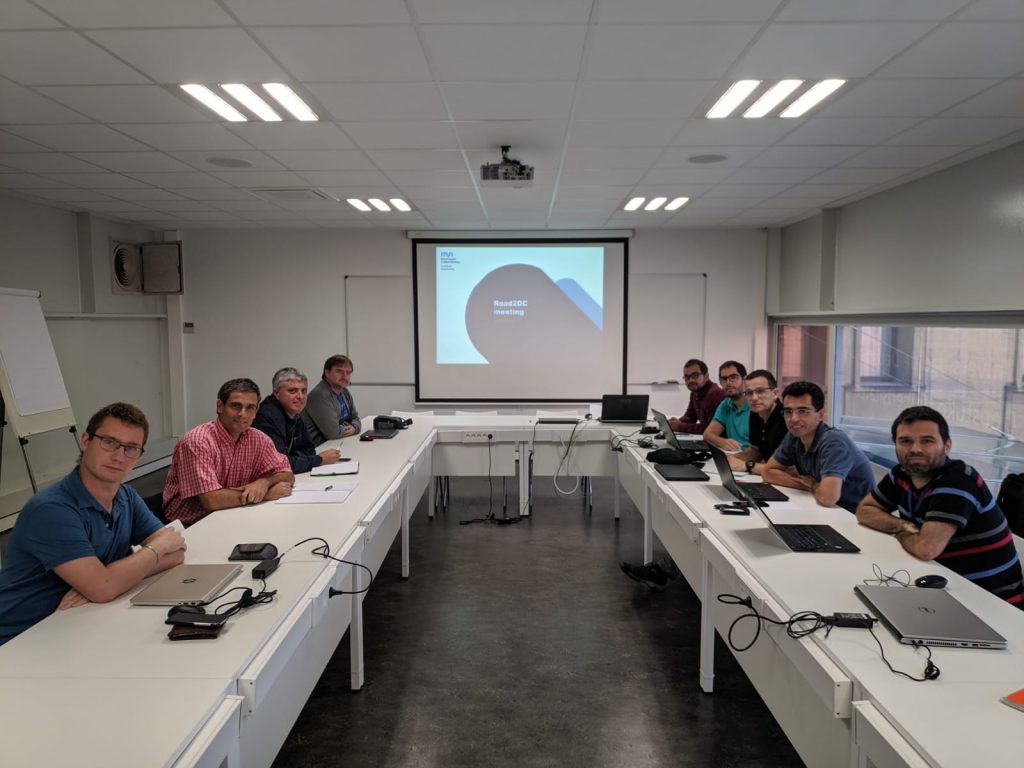 The structure of electrical networks, as we know them nowadays, has remained virtually unchanged since its origins at the end of the 19th century. The idea of ​​having large centers where energy is generated efficiently and cheaply, to then raise the voltage and transport it in High Voltage to the vicinity of the consumption points (Transport Network), where it is reduced to Medium Voltage for distribution to final consumers (Distribution Network), it has worked effectively and robustly for more than a century. These electrical networks are based on alternating current (ac) thanks to their voltage levels can be easily adapted by transformers. The fact that the structure has remained practically unchanged does not mean that electricity grids have not evolved steadily since its inception. The degree of understanding of electric power systems has been increasing over time: the methods of mathematical analysis applied to these networks have developed as they grew in size, installed power and complexity. This evolution in knowledge has allowed the levels of reliability and robustness of these systems to have grown exponentially despite the constant increase in demand of both the systems and the complexity of the networks.

But currently the electrical networks are on the verge of the deepest change they have suffered in its history, a change that has already begun and that will mean a real revolution in the model of these networks since it will mean changing the very structure of operation of the electrical systems.

On the one hand, the increasing integration of renewable generation systems means that generation systems are becoming less centralized and more distributed throughout the network (distributed generation), even connected to the distribution network. In turn, the constant improvement in performance, efficiency and robustness of electronic power systems is encouraging the increasingly extensive use of these devices, for example, for the connection of storage systems to the electrical network or the connection of devices FACTS that allow controlling the power flows of the network. All this evolution, together with an introduction of greater intelligence and control and management capabilities in each of the devices connected to the electricity grid, is what is known as “smart-grids” or the smart electric networks of the future.

On the other hand, the true revolution and change of the structure of the electric system itself will come hand in hand with DC networks. The evolution and improvement of electronic power devices means that in many areas these DC networks have numerous advantages over AC networks in terms of efficiency, cost, simplicity and ease of integration of generation systems of origin renewable and storage systems. This means that it is inevitable that in the not too distant future we will begin to see sub-networks or micro-networks of direct current connected to the main AC network, or even interconnection lines or complete distribution lines in direct current, coexisting with the current alternate current networks.

This ac/dc hybridization with an electrical system dominated by electronic power converters and where the generation is not centralized, will make the tools and methods of modeling, analysis and control of electrical systems that have been used until now invalid, leaving them with the need to be modified or adapted to this new paradigm. The complexity of these networks will increase enormously, it will be necessary to take into account not only the interactions between converters but also the interactions that will appear between sub-networks in ac and dc. We will have to generate new theories and mathematical calculation tools in practically all aspects: power flow calculations, failure and short circuit analysis, stability analysis of these networks, optimization methods, control and management methods, etc. The fact of developing and knowing appropriate methodologies for the analysis of these hybrid networks will be a crucial competitive advantage when it comes to being well positioned at the country level and so that companies in the sector can develop innovative technologies and products in the face of the inevitable expansion of the hybrid ac/dc networks.

The Road2DC project aims to establish the scientific-technical base through the development of mathematical and control tools to demonstrate the applicability of hybrid ac/dc networks from the perspective of efficiency and reliability, allowing the industrial fabric of the Basque Country to design and develop solutions and technologies for the electrical networks of the future.

To achieve these objectives, the Road2DC consortium formed by five RVCTI(Basque Network of Science, Technology and Innovation) agents has been formed: the Higher Polytechnic School of Mondragon Unibertsitatea, the Deusto Foundation Technology Institute of the University of Deusto, the technology centers TECNALIA and IK4-IKERLAN and the business R & D unit Ingeteam R & D Europe L.S.

LINE OF RESEARCH 1: DEFINITION OF SCENARIOS OF AC/DC HYBRID NETWORKS

The first line of research corresponds to the definition and study of different scenarios in which the integration of hybrid ac/dc networks represents a significant improvement in technical and economic terms compared to the use of conventional power grids. The research carried out in this task will lay the foundations for the rest of the project, since the mathematical tools and the control and management algorithms will be checked in these scenarios.

LINE OF RESEARCH 2: ANALYSIS AND MODELING OF HYBRID NETWORKS AC/DC

The second line of research is aimed at investigating the design of hybrid ac/dc networks starting from the current medium and low voltage infrastructure.

The third line of investigation of Road2DC is aimed at investigating the control of high and low level of hybrid ac/dc networks for the scenarios defined in line 1.