Abstract. In these lecture notes, we address the problem of large-time asymptotic behaviour of the solutions to scalar convection-diffusion equations set in \mathbb{R}^N. The large-time asymptotic behaviour of the solutions to many convection-diffusion equations is strongly linked with the behavior of the initial data at infinity. In fact, when the initial datum is integrable and of mass M, the solutions to the equations under consideration oftentimes behave like the associated self-similar profile of mass M, thus emphasising the role of scaling variables in these scenarios. However, these equations can also manifest other asymptotic behaviors, including weakly non-linear, linear or strongly non-linear behavior depending on the form of the convective term. We give an exhaustive presentation of several results and techniques, where we clearly distinguish the role of the spatial dimension and the form of the nonlinear convective term. 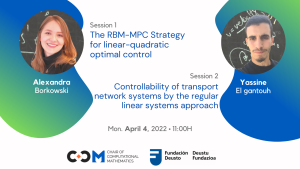