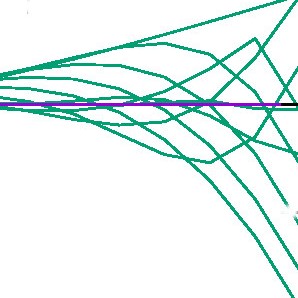 Abstract:
The free heat equation is well known to preserve the non-negativity of solutions. On the other hand, due to the infinite velocity of propagation, the heat equation is null-controllable in an arbitrary small time. The following question then arises naturally: Can the heat dynamics be controlled under a positivity constraint on the state, requiring that the state remains non-negative all along the time dependent trajectory?
I will show that, if the control time is large enough, constrained controllability holds. I will also show that it fails to be true if the control time is too short. In other words, despite of the infinite velocity of propagation, under the natural positivity constraint on the state, controllability fails when the time horizon is too short.